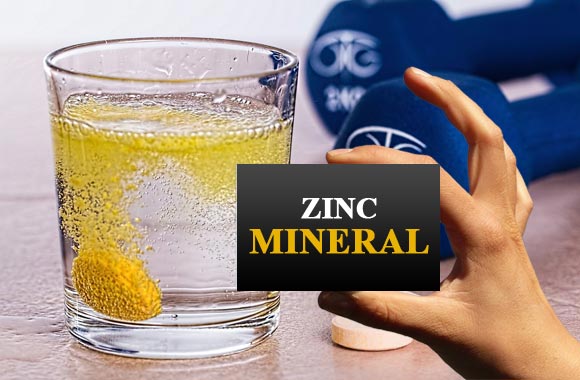 Zinc mineral is the component of more than 300 enzymes. It is present in small amount in all tissues but the highest concentration is found in bones, prostate gland, and the eyes. It is a versatile trace element in our body. Zinc plasma level is about 96µg per 100 ml for healthy adults and 98 µg per 100 ml for healthy children. The average adult body is composed of about 1.4-2.3 gram of zinc.

It is widely distributed in food-stuffs both of animal as well plant origin.

Human zinc deficiency was first reported in the 1960’s in Turkey, Egypt, and Iran in the young children. Middle Eastern diets are low in zinc-containing food such as meat, legumes etc so they mostly suffer from its deficiency.

The severe growth retardation and arrested sexual maturation characterize zinc deficiency. In addition, it hinders digestion and absorption, causing diarrhea which worsens malnutrition not only for zinc but for all nutrients. It impairs the immunity of a person, causing him to be more prone toward the infections. Chronic deficiency of zinc damages the nervous system as well as brain functioning. It also disturbs thyroid functions and metabolic rate. It alters taste sensations, causes anorexia and slow wound healing. In fact, its symptoms are so all-pervasive that generalized malnutrition and sickness are more likely to be the diagnosis than simple zinc deficiency.

Accidental high does of zinc may cause vomiting, diarrhea, exhaustion, excessive salivation, fever, cough, and leukocytosis. Zinc toxicity may develop in welders and in those receiving excessive intravenous intake.