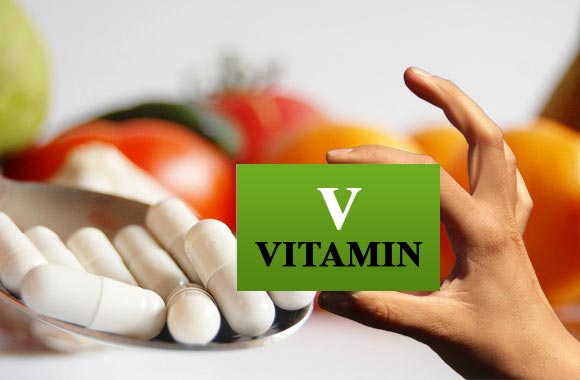 Vitamin V is not considered a standard vitamin. Its chemical name is nicotinamide adenine dinucleotide (NAD). It’s considered to be the member of the family of B complex vitamins especially the niacin since it contains nicotinamide. This NAD is actually the coenzyme which is found in each and every cell of the body. This coenzyme plays a vital role in the generation of all the energy as well as transfer reactions that maintain the lives of all the living cells of the body. Increase concentration of this vitamin (nicotinamide adenine dinucleotide) causes increases in synthesis of vital neurotransmitters in the brain tissues.

The Vitamin V (nicotinamide adenine dinucleotide) is primarily present in various foods such as all form of poultry foods, fish, yeast, and foods containing it, cattle.

In the body, nicotinamide adenine dinucleotide is manufactured from the amino acid tryptophan and aspartate.

Vitamin V provides useful functions for our body. These are as follow:

The recommended dose for vitamin V has not been established but it can be used comfortably within certain limits e.g. unto 5mg on daily basis. This amount of nicotinamide adenine dinucleotide is considered safe for the body.

There is no known data regarding toxicity produced in the body by the excessive use of vitamin V. It means it is quite a toxicity and poisonous effects free vitamin.