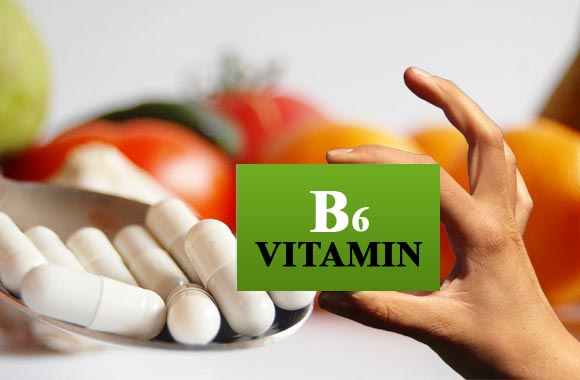 This vitamin B6 plays an in important function in the metabolism of amino acids, fats, and carbohydrates. Pyridoxal is converted into phosphate. The pyridoxal phosphate so formed acts as a coenzyme for various important reactions taking place in our body especially those involving amino acids. These reactions include:

In the human being, deficiency symptoms appear only after a prolonged deficiency and occur mainly in young infants and pregnant women. Erythropoiesis, skin and nervous system are the ones worst affected. There occurs anemia of hypochromic, microcytic type along with lymphocytopenia; skin lesions occur on the face and nasolabial seborrhea is present. The tongue shows glossitis. In young infants, their digestive system shows troubles and convulsions. These convulsions are caused by an inhibition of decarboxylation of glutamic acid to GABA. Its deficiency also produces a deficiency of neurotransmitters. Peripheral neuropathies with symmetrical motor and sensory derangements are also seen.

Its excess leads to neurotoxicity. The symptoms include those of peripheral neuropathies, including ataxia, peri-oral numbness, and clumsiness of the hands and feet.