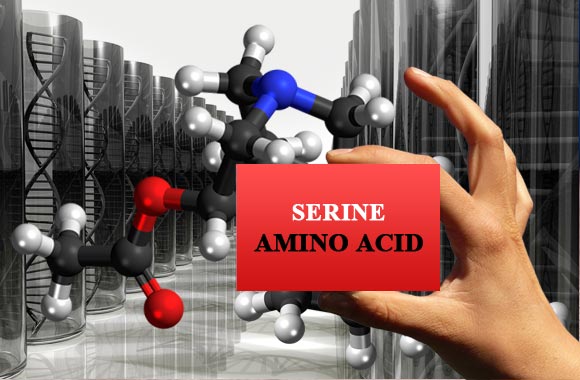 Serine is the amino acid with an uncharged polar side chain. It was isolated first from the silk protein named sericin in 1865. It is a non-essential amino acid since it is synthesized in our body. It has six codon which is AGU, AGC, UCC, UCU, UGC, and UCA. It is they hydrophilic amino acid because of hydrogen bonding capacity. It has L- isomer form which is the only form of serine that takes part in the protein synthesis.

Sources of Serine: Some of its sources are as follow.

In our body serine is formed from glycine amino acid. Glycine is converted into serine by the addition of hydroxymethyl group and this reaction is catalyzed by serine hydroxymethyl transferase enzymes which also requires the two coenzymes namely, tetrahydrofolate, and pyridoxal phosphate.

Serine supplements have been found useful for our body. For better results, they can be taken with folic acid, niacin and vitamin B6 because these vitamins enhance its formation.