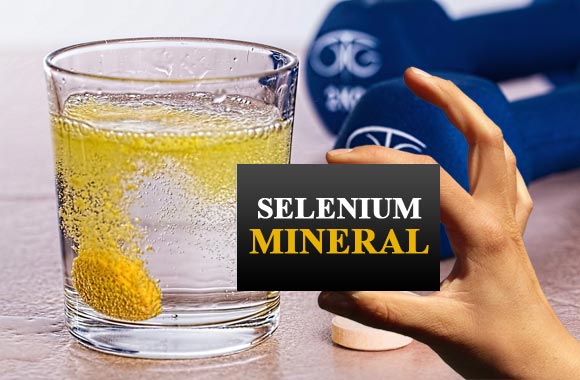 Selenium is the trace and essential mineral of the body. It is required in the body in small amount but performs functions bigger than its amount.

Its dietary sources are both from plants and animals;

After absorption selenium interacts with the sulfur-containing amino acids such as cysteine and methionine and forms the enzyme glutathione peroxidase and then incorporates into many proteins, such as myoglobin and hemoglobin. Good absorption is dependent on the dietary selenium to sulfur ratio.

Selenium toxicity can occur after ingestion of water containing a large amount of the metal. If its levels are high, it is excreted in the urine. The clinical finding is de-pigmentation of skin, hair loss, weariness, abnormal nails,  a garlic-like odor from the breath even without garlic ingestion are the signs or the indication toxicity of selenium.