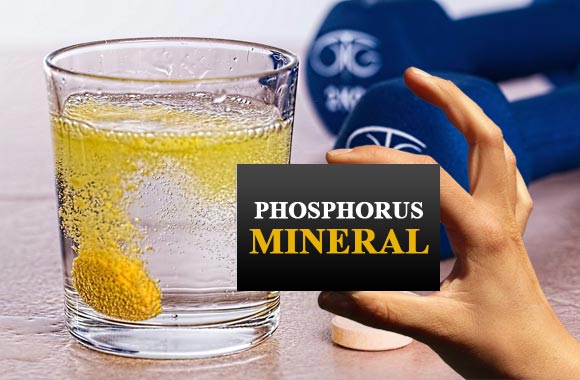 Foods rich in calcium are also generally rich in phosphorus and these include milk which contains about 93% of phosphorus, beans, cereals, egg yolk, and meats. A large part of the vegetable phosphorus exists as phytates of calcium and magnesium which are insoluble and are largely not absorbed. A disadvantage of the phytates is that they interfere with the absorption of calcium, zinc, and iron. Phosphorus is also present in the phosphate food additives.

Deficiency of phosphorus rarely occurs since it is widely available in the foods we eat. In case if deficiency occurs it may lead to hypophosphatemia which is associated with myophaty, cardiomyopathy, and symptoms due to osteomalacia which is bone pain and waddling gait. Children may show retard growth. A decreased level of 2,3BPG and ATP in red blood cells (RBCs) may result in tissue hypoxia.

If high phosphorus levels are maintained for longer periods, then calcium phosphate may be deposited in abnormal sites and leads to a condition called hyperphosphatemia.

It has been suggested that phosphorus intake should be equal to calcium intake in most of the age groups except in infancy where the ratio considered good is 1:1.5.