Neurotransmitters are the chemicals that are released at the axons ending the neurons at the synapse. More than 50 chemical substances have been postulated to function as neurotransmitters.

These are small molecules and are rapidly acting transmitters. These are synthesized in the cytosol of the presynaptic terminals and are absorbed by a means of active transport into many transmitter vesicles in the terminal. Then, each time an action potential reaches the presynaptic terminal, a few vesicles release their transmitter into the synaptic cleft at a time and this takes milliseconds or less to occur. The subsequent action of these transmitters on the postsynaptic neurons also occurs within a millisecond. The effect is to increase or decrease the conductance through ion channels; an example is to increase sodium conductance which causes excitation or to increase potassium or chloride conductance which causes inhibition.

Glutamate Neurotransmitter: It is secreted by presynaptic terminals in many of the sensory pathways which enter the central nervous system as well as many areas of the cerebral cortex. It functions as an excitatory transmitter.

Acetylcholine: It is synthesized in the presynaptic terminal from acetyl coenzyme A and choline in the presence of choline acetyltransferases enzyme and is secreted by neurons in many areas of the nervous system, especially by:

Acetylcholine functions as both an inhibitory and excitatory transmitter. But it is more known for its inhibitory action at some peripheral parasympathetic nerve ending e.g. inhibition of the heart by the vagus nerve!

Norepinephrine: It is secreted by the terminal neurons whose cell bodies are present in the brain stem and hypothalamus. Especially neurons secreting norepinephrine located in the ‘locus ceruleus’ send nerve fibers to widespread areas of the brain to help in controlling the overall activity and moods of the mind such as increasing the level of wakefulness. It also acts as an inhibitory as well as an excitatory transmitter. Most postganglionic neurons of the sympathetic nervous system also secrete it, where it excites some organs and inhibits others.

Nitric Oxide: It is secreted by nerve terminals present in those areas of the brain which are responsible for long-term behavior and memory. Nitric oxide is synthesized instantly when needed. It changes the intracellular metabolic functions that modify neuronal excitability.

Dopamine: It is released by neurons that originate in the substantia nigra. It acts as an inhibitory transmitter.

Glycine: It is released mainly at synapses in the spinal cord. It is the inhibitory transmitter.

Gamma-Aminobutyric Acid (GABA): The nerve terminals secrete it into the spinal cord, cerebellum, basal ganglia, and different areas of the cortex. It causes inhibition.

Serotonin: The nuclei origination in the median raphe of the brain stem secret it. Serotonin acts to inhibit pain pathways in the cord and also acts as an inhibitor of higher regions of the nervous system which is believed to help control the mood of the person. 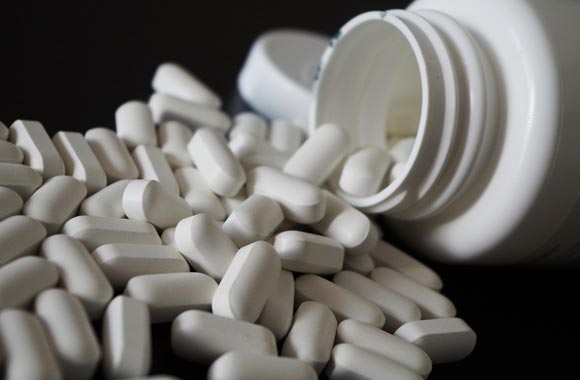 Feed your brain with vitamins and amino acids supplements