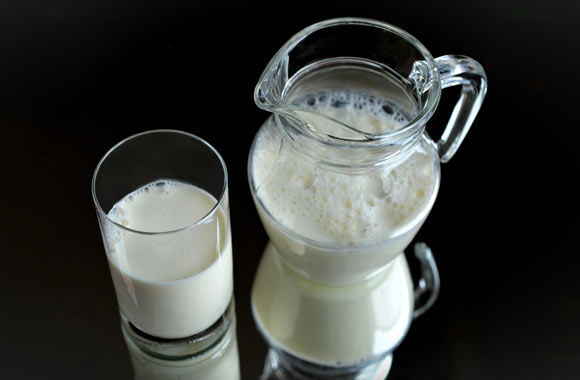 There are two kinds of milk that can be consumed by humans: processed and unprocessed, also known as pasteurized and raw milk. However, there has been quite the controversy in the media and from government officials and departments across the world, on what type of milk we should consume. Many societies across the world are banning or regulating unprocessed/raw milk from human consumption.

So what is the difference between processed and unprocessed milk? Pasteurized or processed milk is what you see sold in grocery stores and supermarkets. This milk is taken from its raw and most natural state, heated to a certain temperature to kill all bacteria, and then quickly cooled. This process helps prolong the shelf life of the milk you purchase in stores, however, many people believe that consuming pasteurized milk is detrimental to your health because of its lack of nutrients and vitamins from the pasteurization process. Raw or unprocessed milk is the purest form of milk, completely unaltered from the cow. The milk’s temperature never increases above the animal’s maximum body temperature; it does not contain any chemicals or additives and is not pasteurized.

Contrary to popular belief, consuming raw or unprocessed milk can actually be very beneficial to the human body for many reasons. In many areas of the United States, the Department of Food and Agriculture has put regulations on farms from selling raw or unprocessed milk, in fear that consumption may cause illnesses from bacteria, such as E. coli. It has been thought that consuming raw or unprocessed milk can cause damage to the kidneys, cause digestive problems, and in some cases, even death. However, many pro-raw milk organizations and advocates are trying to spread awareness on the benefits of raw milk, how if produced correctly, can safely offer humans a great source of protein, vitamins, and minerals.

So what is safely produced raw milk and what are the key benefits? Experts believe and have shown proof that cows that are grass-fed, as opposed to being fed on feedlots, produce milk with five times more unsaturated fat, also called conjugated linoleic acid (CLA), than cows that are grain-fed. Animal research in the past has shown that CLA can help maintain a healthy weight as well as a healthy heart. This is saying that if the cow is fed a natural and organic diet as opposed to processed grains, then the milk produced from that cow, will be healthier than from a cow that is fed processed food. The majority of milk that is purchased and consumed today by most Americans is processed milk. Activists like to use the term “dead” milk for processed milk because they believe it lacks the nutrients and vitamins that we as humans should be consuming. It appears that most Americans are not aware of how beneficial raw milk can be, mainly because we are told by the media and government officials how dangerous raw milk is, rather than what the key benefits are.

In conclusion, raw milk may carry the reputation that because it has not gone through the pasteurization process, it can be potentially harmful for human consumption because of disease-carrying organisms. However, if produced from grass-fed animals, raw or unprocessed milk can be highly beneficial to our bodies, our overall health, and life longevity.