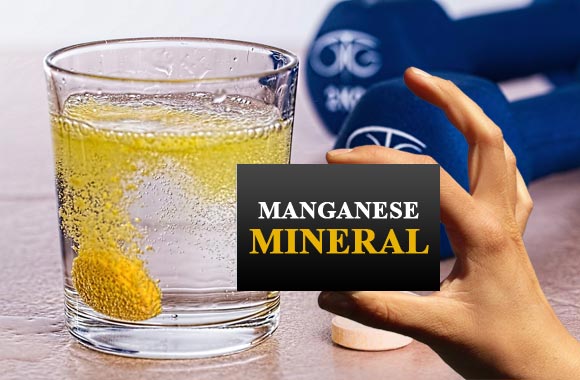 Biomedical Importance: The human body contains a tiny 20 milligrams of manganese, mostly in the bones and metabolically active organs such as liver, kidneys, and pancreas. In plasma, it is carried by a protein called Transmanganin.

This mineral is widely distributed in the food. It sources include

Manganese though trace mineral still performs various important functions in our body including;

Manganese requirements are low, and many plant foods contain significant amounts of this trace mineral, so deficiencies are rare. As is true of other trace minerals, however, dietary factors such as phytates inhibit its absorption. In addition, high intakes of iron and calcium limit manganese absorption, so people who use supplements of these minerals regularly may experience depressed manganese status.

All these results from abnormalities in the synthesis of mucopolysaccharide due to deficiency of manganese in the body.

Toxicity is more likely to occur from an environment contaminated with manganese than from dietary intake. Miners who inhale large quantities of manganese dust on the job over prolonged periods show symptoms of a brain disease, along with abnormalities of appearance and behavior such as an involuntary type of laughing, blurring of vision, impotence, tremors of the hands, a mask-like expression on the face and the gait abnormalities.