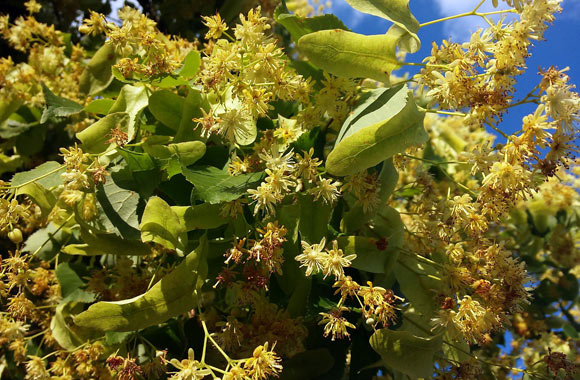 For many years, herbal teas have been sources of research studies to find out the exact properties that can be used for medicinal reasons. Linden Flowers contain a number of unique properties that can get rid of many symptoms of various ailments and provide many health benefits to the human body. Linden is a herb that is native to North American, part of Asia, and Europe and has been used as an herbal remedy in Europe for centuries.

Linden is a herb that comes from the Tilia tree and this tree is also commonly called a lime tree. The flowers of the tree are steeped and made into a tea that has been consumed for centuries in Europe for a variety of medicinal purposes.

Linden Flowers have been used to prevent a common cough and common cold. The aromatic fragrance of the Linden Flowers helps to alleviate a stuffy nose, clear nasal passage and helps to get rid of the mucus in the throat. The Linden Flowers contain tannins that act as an astringent and has mucilage properties which mean that it coats your throat and intestines which help to soothe and reduces the inflammation in the body.

When using Linden Flower Tea is consumed as a hot tea, Linden acts as a diaphoretic, which means that it helps to slightly raise your body’s temperature and promotes sweating. This is a positive thing since harmful microorganisms such as viruses and bacteria cannot survive in the elevated body temperatures. Linden also helps the body’s immune system to fight against infections.