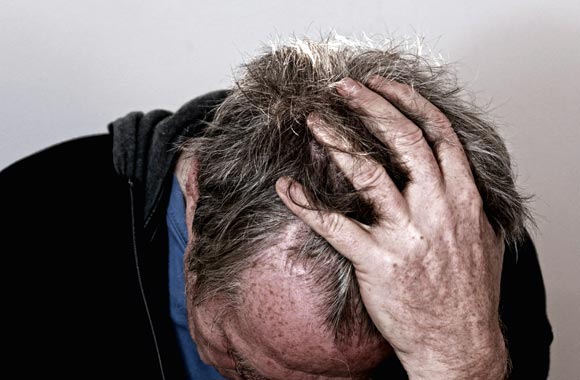 Major depression in modern society is one of the most common psychiatric disorder of nature. Not only that depression has devastating effects on the individual but affective disorder, itself is a major challenge for a public health system. Therefore, there were developed a variety of studies to identify risk factors for major depression. These studies have highlighted the strong contribution of the constitutive factors in the development of major depression, including the genetic, gender and personality traits.

The idea of genetic determination of depression is strongly supported by the findings of the twins and adoptions made from observations on individuals and family history of depression, which would lead to the development of depression. It was also shown that women are two times more likely than men to develop symptoms of depression and personality traits of neurotic prone to depression.

Besides the evidence on constitutional predisposition in the development of major depression, has been issued also the predominant role of environmental factors regarding the feeling depressed pathogenesis.

Besides the potential effects of stress and feeling depressed on health, the mood of individuals, stress manifest social and economic impact. Stress can reduce performance and productivity at work, thus affecting the evolution of business and ultimately the economy as a whole. It may also help sustain the company stresses that kill the frustration expressed by leaders and other authorities, as well as the impatience and intolerance directed towards other partners.

Referring to the developed countries (the U.S.) any day of work register 1 million workers which are absent from work due to stress-related symptoms of depression, namely headaches, back pain, ulcers, insomnia, anxiety, problems heart, hypertension and gastrointestinal problems.

A study found says: "… It is worrying to see that 26% of the active population who registered injuries, feelings of malaise, illness, suffered from depression in the last 12 months and that this percentage is significantly worse in some sectors “

Feeling depressed? If you suffer from this kind of disorder, all you have to do is arm yourself with a lot of will and try to do exactly the opposite of what you do now. For example, if you feel like staying in the house because you are depressed, go out in the park and have some fresh air. Also, you have to go to a doctor and tell him about your problem, there are some centers for this kind of problems.