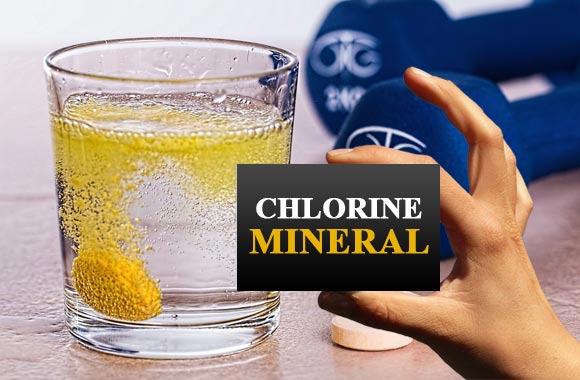 The element chlorine (Cl) is a poisonous gas. When chlorine is reacted with sodium or hydrogen, however, it gives rise to the negative chloride ion. Chloride mineral is required in the diet. It is the major anion present outside the cells and is closely related to the sodium.

These include table salt, soy sauce along with

Chloride is abundant in foods (especially processed foods) as part of sodium chloride and other salts. A recommendation intake has not been established for chloride; instead, a minimum requirement for adults has been estimated.

Diets rarely lack chloride. Chloride losses may occur in conditions such as heavy sweating, chronic diarrhea, and vomiting. The only known cause of high blood chloride concentrations is dehydration due to water deficiency. In both cases, consuming ordinary foods and beverages can restore chloride balance.

In case of its toxicity, no such ill effects are seen except vomiting occurs.