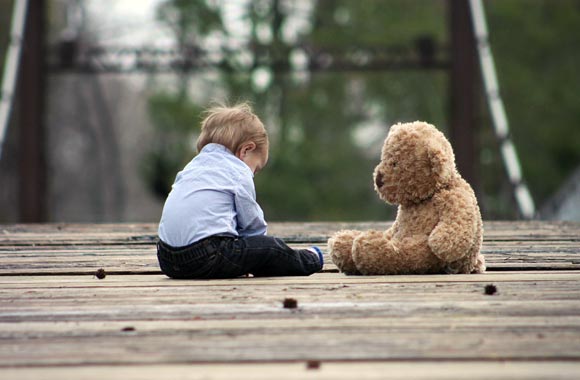 The childhood disintegrative disorder is a spectrum of developmental delay in the social aspect as well as in the motor skills. This disorder starts showing itself in later age usually at the age of 3 years in the children. This disorder is given another name Heller Syndrome and leads to complete social, language and communication disability. Here children develop normally until a certain age and then abrupt changes start taking place and they completely lost their social and communication skill. This disorder is similar to autism and is one of the forms of autistic disorders as well as Pervasive Developmental Disorder

Here children can listen, understand and can express the words up to an age, the loss of these functions start taking place. The child becomes incapable to attract socially, cannot talk or maintain his talk, loss the motor ability, he does not take interest in play or he does not play at all, at school he shows no interest with his class fellow, so he cannot make proper relations with them. He loses many of his skills, and even this disorder lead to his loss of control on the urination as well as on feces excretion. He shows movement which repeats again and again.

Although there is no such test available which make the exact diagnose of this disease.  But the loss of already achieved milestone is considered to be a diagnostic tool here for this disorder. If he has lost already three of them then it will consider this disorder as diagnose.

Certain tests like blood tests and urine test are done to check the other diseases or hormonal levels causing these symptoms. MRI can be undertaken.

Treatment follows the same pattern as in autism as these two disorders are similar. It is done by the combination of pharmaceutical intervention along with certain important therapies.

The use of medicine is not helpful to cure this childhood disintegrative disorder as there is no such drug formed yet. But some drugs provide relief from the symptoms and this is done by the use of neuroleptics and the anticonvulsant drug treatment. Neuroleptics are used to control child irritative, psychotic and aggressive behavior while the anticonvulsant successfully controls child’s seizure complaints.

Behavioral therapies include speech therapies and occupational therapies. These therapies aim to make the children skillful, enable them to interact with the people, communicate well, speak up good, and learn certain important skills. Her parents are also guided about taking care of such children. There support, care and love are needed in making improvements in child’s behavior.