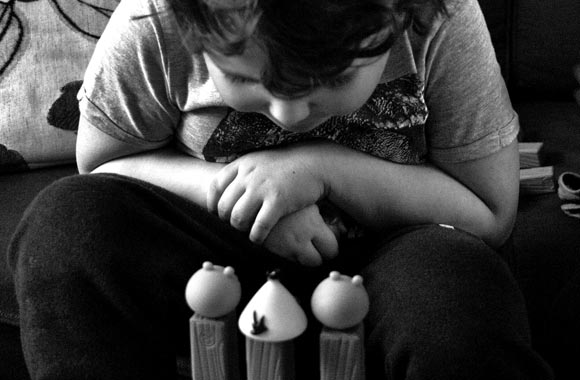 Asperger syndrome is one of the autism disorders, in which problems in the social communication and interaction occurs. There are delays in the development of very important skills such as a child suffering from this disorder cannot catch anything thrown or ride a bicycle. This disease is commonly seen in the children but these children are found better in certain functions as compared to the autistic. Asperger syndrome is more common in boys as compared to the girls. This disorder was described by Hans Asperger so from his name this disease name came from. In this syndrome, a child shows a strange pattern of interest and repetitive behaviors. There also seem problems in speech pattern related to this syndrome. Since such children show lack of social interaction so their talking styles are also strange. They talk rapidly, and loud. They can even talk about such topics which can lead to boredom among people. Children with this disorder show particular weaknesses in the regions of non-literal languages. So they lack the sense of humor, teasing, and irony. But there understanding of the humor and teasing is intact. Their intelligence is also above average.

The exact cause of this syndrome is yet not known. But it is genetically and hereditary linked. Asperger disease is found to be run in families.

This disease is a spectrum of a wide variety of symptoms. These are

This is also made on the basis of child strange and abnormal behavior and body movements as there is no exact test to tell this syndrome properly and exactly. Brain examination is necessary as well physiological and blood tests are usually done to evaluate the disease properly.

Since this is a disease of unknown etiology so treatment is based only on the symptoms. Depressive type of symptoms is successfully treated with the use of antidepressants and neuroleptics. Movement disorders can be treated with antiepileptics. This syndrome’s treatment basic aim is to improve cognitive functions of the children along with improving their skills. So these can be achieved by different therapies like speech therapy, occupational therapy, talk therapy and social skills training. So you have to take your child to neurologists, psychologists and to the speech therapists.