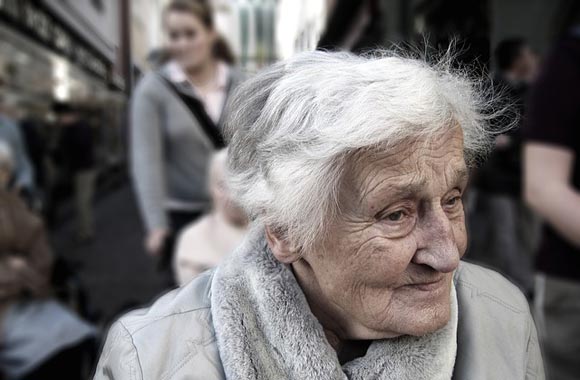 Alzheimer disease is "a premature aging of the brain, usually beginning in the mid-adult life and progressing rapidly to extreme loss of mental powers.”

Alzheimer Disease is the degenerative disease of the brain and memory disorder occurring in the middle to late life but an early manifestation of the disease is now well recognized. This disease affects more than five million people in the United States, resulting in over 100,000 deaths per annum. The risk of the disease increases sharply with age.

The cause of this disease is unknown, but there is evidence of genetic predisposition. Many abnormal genes have been found, each of which leads to a similar clinical and pathological features, with only variations in the age of onset and the rate of progression to suggest that there are pathogenetic mechanisms. Some cases of familial Alzheimer disease have been shown to have mutations in App, presenilin 1 and presenilin 2 genes.

Early memory loss, a disintegration of personality, complete disorientation, deterioration in speech, visuospatial deficits and restlessness are common signs and clinical features. In the late stages, the patient may become mute, incontinent, fragile and bedridden and usually dies of some other diseases.

On a microscopic level, changes occur eventually throughout the cerebral cortex, but to begin with, certain regions of the brains are particularly involved. The early region is the hippocampus, the entorhinal cortex and the associated areas of the cerebral cortex. The plaques are formed from the accumulation of several proteins around the beta-amyloid. Within the center of each plaque is an extracellular collection of degenerating nervous tissue and is surrounded by the rim of large abnormal neuronal processes which are presynaptic terminals filled with an excess of intracellular neurofibrils that are tangled and twisted resulting in the formation of neurofibrillary tangles. These neurofibrillary tangles are an aggregation of the microtubular protein tau, which is hypophosphorylated. There is also seemed to be a marked loss of acetyltransferase which is the biosynthetic enzyme for acetylcholine in the areas of the cortex in which senile plaques occur. This is thought to be due to loss of ascending projection fibers instead of a loss of cortical cells. Due to these cellular changes, the affected neuron dies. Thus, there is an accumulation of beta-amyloid peptide in the brain.

At present, there are no such clinical tests available for making the definite diagnosis of Alzheimer diseases. Reliance is placed on taking a history carefully and carrying out various neurologic and psychiatric examinations at different intervals of time. In this way, other reasons of dementia can be excluded. Changes in the level of the amyloid peptide or tau in the serum or cerebrospinal fluid may be helpful. MRI or CT scans are also used and they check the abnormalities in the medial part of the temporal lobe which occur in this disease. In advance cases, a thin atrophied cortex and dilated lateral ventricles may also be found. Positron Emission tomography also gives evidence of diminished cortical metabolism.

Cholinesterase inhibitors like tacrine, donepezil, and rivastigmine are helpful in patients with this disease. These drugs result in increase acetylcholine at the site of disease where there is a deficiency of neurotransmitter.

The patient of this disease requires continuous care within a few years after the disease begin.